President Duterte Warns CPP-NPA for the Possibility of War ~ Kwentology 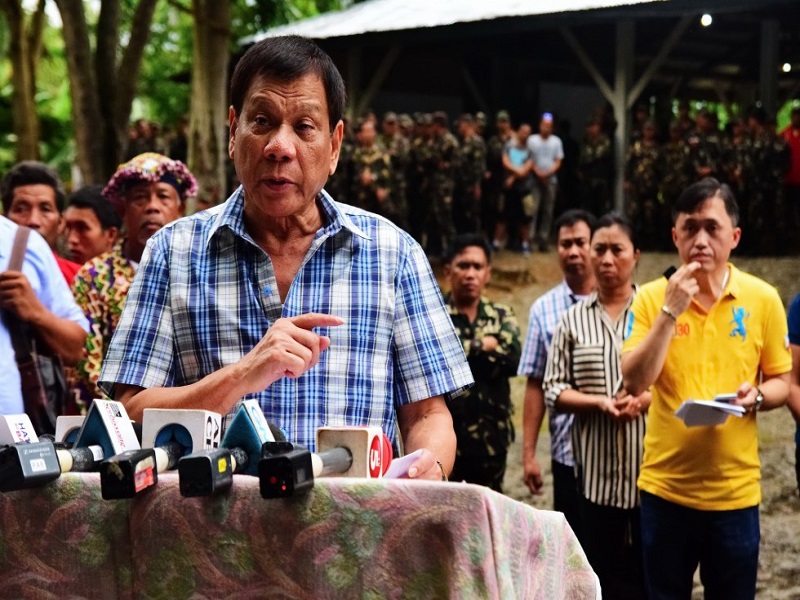 President Duterte Warns CPP-NPA for the Possibility of War

President Rodrigo Duterte stressed that he will only reject the Communist Party of the Philippines - New People's Army (CPP-NPA) request of pulling out or withdraw the police force and military assigned in the rebel's mountainous stronghold.

President Duterte, vague the request or demand of the CPP-NPA for the islands and mountains covered by the country's territory is owned by the Republic.

According to Duterte, he has made numerous consideration 'in good faith' for the peace process and which includes assigning some communist member in his cabinet.

So he is waiting for the positive response from the CPP-NPA in relation to the ceasefire declaration but if the leftist group turn down his realistic offer, the government forces is ready to launch an all-out-war against the communist party.

Thank you for reading President Duterte Warns CPP-NPA for the Possibility of War posted on the website Kwentology if you want to redistribute this article please include the link as the source. Have some kuwento to share? Contact us!