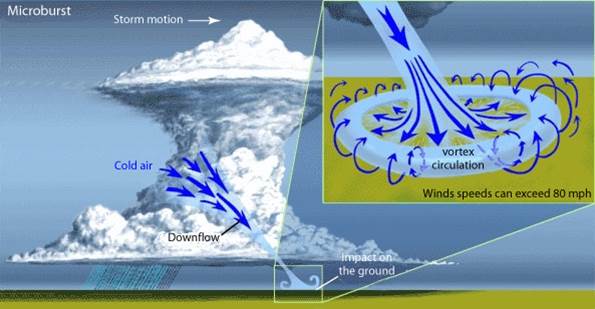 Recently, on July 2, 2016 a huge formation of dark tornado was filmed in Tacloban City. It was shared on the social media and gathered humongous internet attention. The bizarre phenomenon that was camera recorded reaches even in the Philippine Atmospheric Geophysical and Astronomical Services Administration (PAGASA) intensiveness which later the groups were challenge to explain.

PAGASA clarified that the recorded tornado-like in Tacloban airport is actually not a tornado. The Philippine weather bureau added that it was truly a sudden powerful downward air current known as Microburst.

Microburst has two types the dry and wet microbursts.

Dry microburst has a little to no visible rainfall but carries a powerful dry air that flows from the atmosphere to the ground.

The one that was captured in Tacloban City is a wet microburst, which was a product of heavy thunderstorm. As you can see on the video below, the cloud curls down as it hit the ground and spread. Wet microburst carries strong winds and dumps heavy rain. The cold air moves away from the point of impact right after the down-burst current hit the solid earth.
Taking off and landing in area affected by this microburst is terribly dangerous for the aircraft.

In case of Tacloban, PAGASA reported that the microburst covered an estimated 4 kilometers in diameter. The warm sea surface like Tacloban is a kind of location favorable for the microbursts formation.

So for the conclusion, tornado forms by air is collected to its vortex, the center base and then spin to the higher altitude and later overshoot at the top and spread known as corona.

Microburst however is the opposite. The sudden powerful cold air is dump to the ground and spread. The after image is somehow similar to the shape of tornado.

But again, they are different. 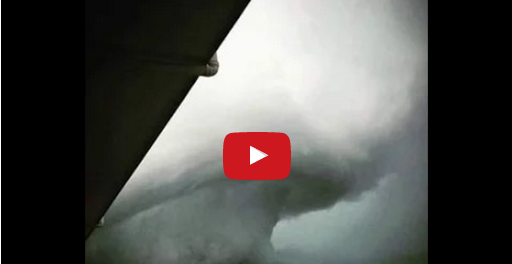 Thank you for reading 'Tornado-like' Clouds in Tacloban City are Actually Microburst Experts Revealed posted on the website Kwentology if you want to redistribute this article please include the link as the source. Have some kuwento to share? Contact us!