Pokémon GO Plus, Gearing Up Players to Catch 'Em All ~ Kwentology 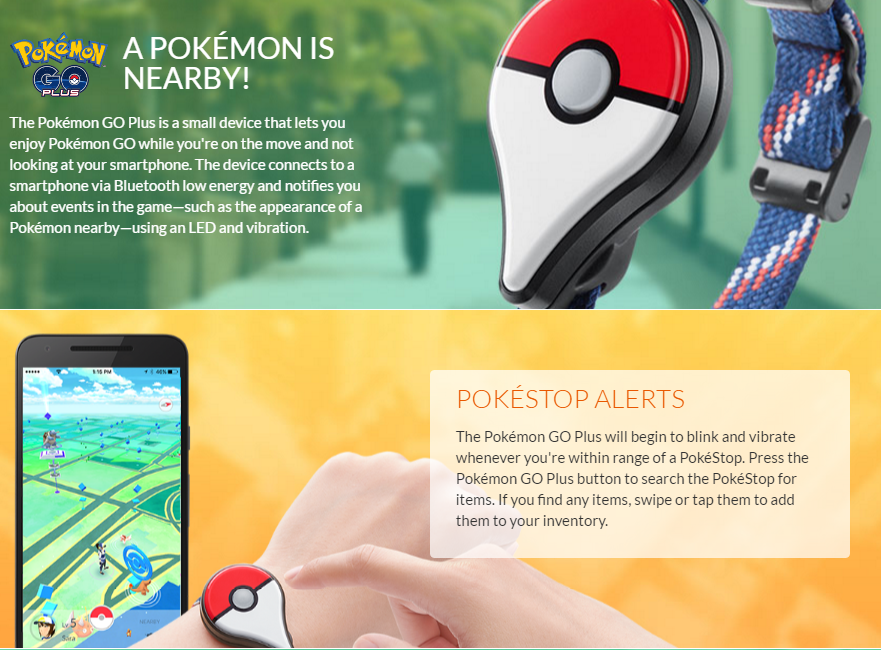 Pokémon GO Plus, Gearing Up Players to Catch 'Em All

Pokémon GO fever dominated the world of augmented reality gaming. The new Nintendo's mobile gaming app has been available in many countries, some nation however thinks the game a quite troublesome and turn out to banned it from entering there mobile app stores.

Pokémon GO is sure a worldwide craze, when the game started to make some updates, catching a Pokémon is rather become difficult.

Probably, you only have a few numbers of Pokémon until now. The mobile game Pokémon GO uses GPS to search wild Pokémon nearby. The phone camera will also add some spice in your Pokémon hunting, displaying a real environment while catching them.

Now, Nintendo brought something that could help you in your quest, something you could pair with your mobile device. Pokémon GO is available in Android and iOS devices.


So how this device Pokémon GO Plus actually work?

During the initial market released the Pokémon GO Plus cost you for about $35.

Thank you for reading Pokémon GO Plus, Gearing Up Players to Catch 'Em All posted on the website Kwentology if you want to redistribute this article please include the link as the source. Have some kuwento to share? Contact us!