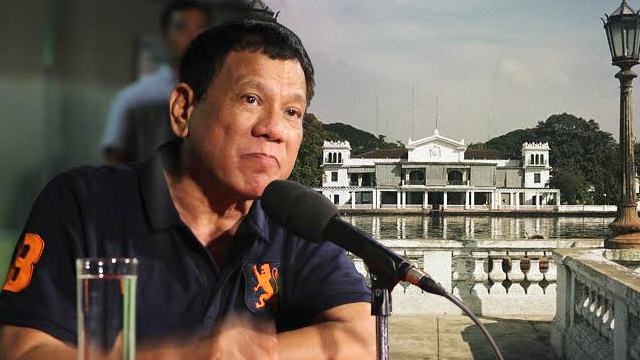 The Philippine President Duterte made a stunning statement after saying that he will rename ‘Malacañang Palace’ into something that will reflects the pride of Filipino people.

President Duterte's astonishing declaration gained positive praises from various people adding that he could finally end the imperial slavery which brought by Spanish and American regime.

Thursday of August 25th this year, the president conducted his press conference in Davao City. Malacañang Palace is now a 200-year old building that house the historic superiority of different foreign countries enslaving Filipinos for many centuries.

President Duterte also shared some fragments of history to support his claim. For the president, it was only a palace back then when Filipino people were pressured to work under foreign aggressors. He stated that it's a palace only for Spain and America changing its name can put an end to imperialism.

The president encouraging Filipino people to start calling it as “People’s Palace of the Republic of the Philippines" or "The People's Palace" in short.

The most influential leader of the country President Duterte announced that anyone could even sleep inside "The People's Palace" especially the poor.

Thank you for reading Name Change | President Duterte: Call it "The People's Palace" instead Imperialized Malacañang Palace posted on the website Kwentology if you want to redistribute this article please include the link as the source. Have some kuwento to share? Contact us!