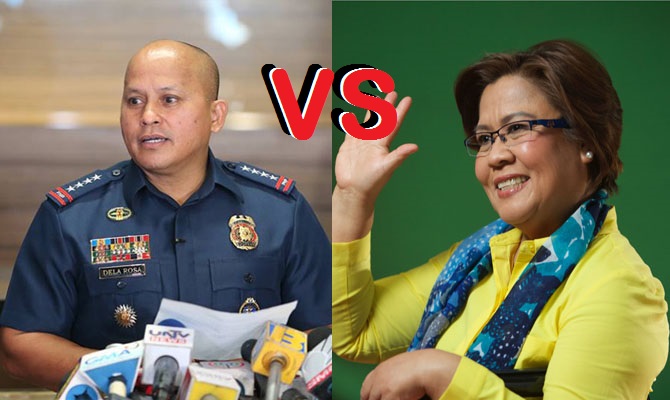 Unshaken and maintaining his calmness, Gen. Ronald 'Bato' Dela Rosa is set to deal with the members of the Senate to investigate the extrajudicial killings in the country.

Dela Rosa will be attending the Senate committee on justice and human rights by August 22 and 23. According to Dela Rosa, it is part of their job to answer the questions from these legislators who are conducting side investigation in relation to the police operations.

On the other hand, Sen. Alan Cayetano is concern about the 'timing' of this investigation. The senator added that policemen are too busy eradicating drug syndicate these days. Legislators pursuing police force regarding drug busting operations is quite suspicious the fact that Senator Leila de Lima had been grinding anti-drug operations ever since.


What Are You Really Up To, Senator De Lima?

Could it be that De Lima is legally harassing the Philippine police? Is she trying to find flaws derailing PNP campaign versus illegal drugs? Instead, providing ways to resolve rehabilitation for those surrendered drug addicts, why she keeps attacking the PNP? Well, these questions are really absurd when Senator Leila de Lima started to blabber about extra-judicial killings armoring herself from criticism.

Thank you for reading PNP Gen. Dela Rosa Ready to Face Senator De Lima posted on the website Kwentology if you want to redistribute this article please include the link as the source. Have some kuwento to share? Contact us!