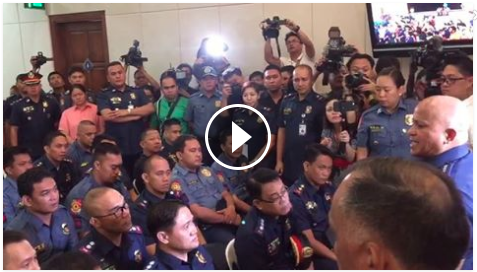 Sure there will be more names to come, affirmation statement from the Philippine National Police (PNP) Region 7 Director Noli Taliño in relation to the President Duterte initial released of drug list involving an estimated 150 local politicians, judges, and police officials.

On the first list exposed by the President Duterte, most of these drug persona were came from the Central Visayas.


Duterte: Surrender or Get Killed?

These narco-officials were commanded to report in Camp Crame, Quezon City for further investigation, and the President Duterte told them that they should personally shoulder such expenses.

Duterte drug list also etched people who were died just the recent years. Due to the fact the President Rodrigo Duterte has an access in wide area of confidentially. PNP officials confirmed that the drug list is very reliable.

Ever since that the former Davao City Mayor Rodrigo Duterte appointed as the Philippines President, numbers of drug related killings were recorded. Some of these are under anti-drug operations conducted by the PNP, assassinations, and notably vigilante killings.
Although, the President Duterte together with PNP Ronald "Bato" Dela Rosa are seriously taking down illegal drug trade in the Philippines. Pres. Duterte himself said that a proper investigation will be applied for the "unknown killings" and these can't derail the anti-drug campaigns.

PNP also asserted that police should only be involve in anti-drug operations.

Thank you for reading President Duterte Will Name More Cops on the PNP Drug List of Narcotics posted on the website Kwentology if you want to redistribute this article please include the link as the source. Have some kuwento to share? Contact us!