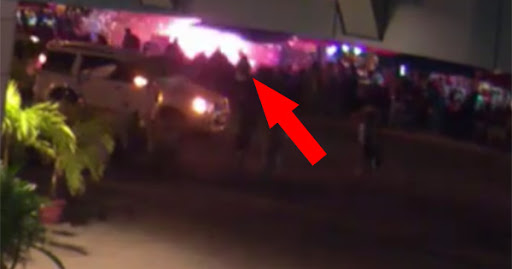 Ateneo is Requesting to Delete the Actual Footage of Davao Blast

The improvised explosive device (IED) used to bomb the night market in Davao City was detonated near massage area of Ateneo de Davao University. The actual footage which is under investigation said to be uploaded illegally. The original video uploader was identified but unnamed due to confidentiality.
Abu Sayyaf Group (ASG) confirmed the mastermind behind the terror attack that took the lives of 15 and injuring almost 71 people.

Meanwhile, President Rodrigo Duterte declared 'state of lawlessness' to counter the terrorism as Abu Sayyaf taunted that there would be more bombings to come. The attack is retaliation of Abu Sayyaf over the offensive operations of government troops in Basilan and Sulu, the place known to be the stronghold of the terrorist group.

AdDu official takedown statement about the actual trending video of Davao night market bombing...
Now, the evidence that could lead to clarify the situation was unfairly made to the public through social media such as Facebook. The actual footage revealed how powerful was explosion which occurred during the busy Friday night of September 2, 2016. Unfortunately, taking down the viral video is a little bit challenging for there were countless of Facebook pages and netizens already spread the copy across the internet.

Thank you for reading Ateneo is Requesting to Delete the Actual Footage of Davao Blast posted on the website Kwentology if you want to redistribute this article please include the link as the source. Have some kuwento to share? Contact us!