Duterte: 'State of Lawlessness' is NOT Martial Law ~ Kwentology 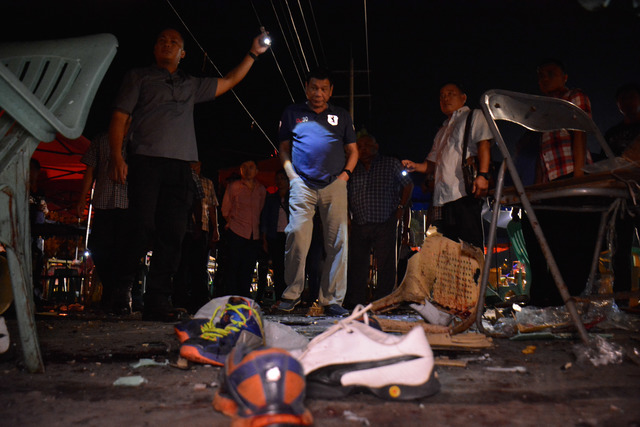 Duterte: 'State of Lawlessness' is NOT Martial Law

To simplify the fact, the "state of lawlessness" was declared in the city of Davao the year 2003. The situation like this is not new to Davaoenos. When the President Duterte was still the city mayor of Davao, the term 'State of Lawlessness Violence' was once imposed to fight terrorism.

It is sad to witness that despite the deaths and injuries, some school universities and politicians diverted the issue by feeding up people claiming 'State of Lawlessness' is somehow identical to "Martial Law."

Following an explosion in Davao City with the confirmed deaths of 14 people, and 60 other injuries. The Philippine President Rodrigo Duterte declared "state of lawless violence" this Saturday morning.

President Duterte investigated the famous night market located in Roxas Avenue where bombing occurred stated that military and police are collaborating to make a strict examination throughout the country.

In accordance to the President Duterte's standard, he can collect uniformed personnel to manage the situation. This is to ensure the security and end the chaos terrorism has brought.


State of Lawlessness versus Martial Law

There are two distinctive characteristics the state of lawlessness differ from the martial law. As President Duterte instituted state of lawlessness;
The president added the large amount of checkpoints that were designated in different routes all over the Philippines. In relation to his command, servicemen will be more active this time implementing a tight security of counter terrorism. This also attributed to his anti-drug campaign as there were countless of killings which opposing political parties and human rights organization excuse to criticize his war-on-drugs operation.

The President Duterte rest assured that he will lift the 'state of lawlessness' when he feels that the Philippines is safe from the risk of illegal drugs and terror attacks. Military and MNLF joined forces together to wage a full offensive in Basilan and Sulu.

Meanwhile, the terror Abu Sayyaf Group (ASG) confirmed that they are the culprit behind the Davao blast.

Thank you for reading Duterte: 'State of Lawlessness' is NOT Martial Law posted on the website Kwentology if you want to redistribute this article please include the link as the source. Have some kuwento to share? Contact us!