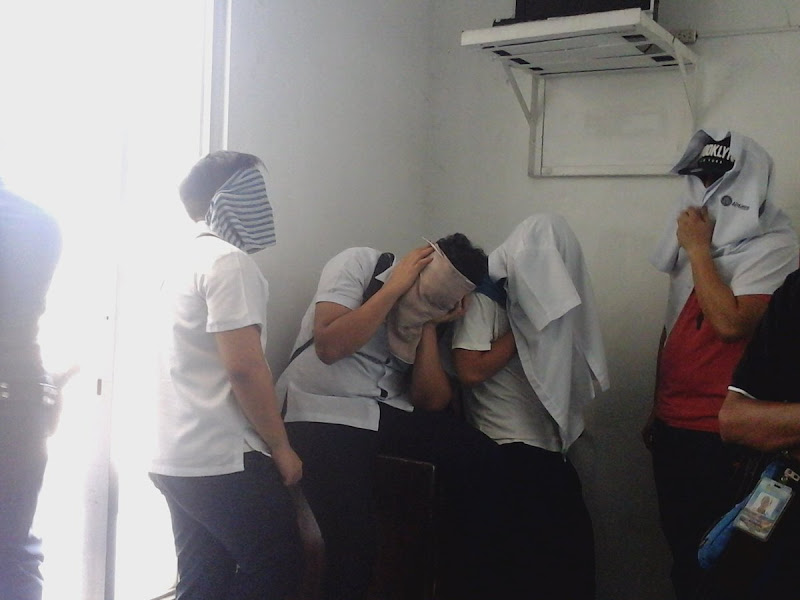 Based on the report, these four students carrying the IED but was confronted by the school security personnel morning of Friday.

The identified students are;
These students are currently held by the Police Station 5 for further investigation.


The motive of bringing pillbox isn't clear yet but some speculated that these student are members of fraternity, tangled in frat wars, and risking the lives of innocent people inside the campus. However, some concern parents are requesting the management to kick them out from the school getting rid of any possible retaliating threats.

Police case investigator, PO3 Fernidand Leyva stated that the pillbox was confiscated from the students. These IEDs can cause a huge damages if they were successfully detonated. The IEDs were stored in a small paper bag and students attempted to sneak them through the fence in Ozanam Building but later intercepted by the on-duty security guard, added by Senior Inspector Robert Bunayog, Lawton precinct commander.

Although, the act of these students is a clear violation, police investigator declined naming who really has the IEDs the time students were apprehended.

Thank you for reading Adamson University Students Caught While Sneaking Improvised Explosive Device posted on the website Kwentology if you want to redistribute this article please include the link as the source. Have some kuwento to share? Contact us!