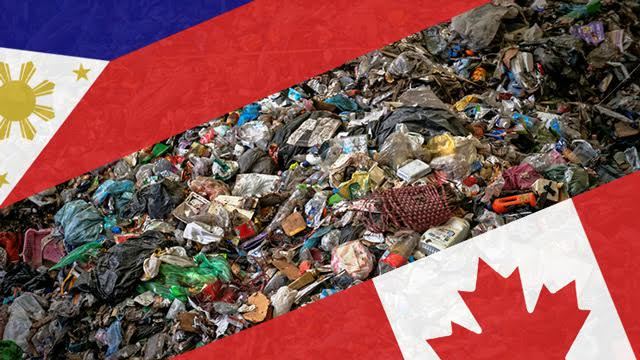 The huge volume of waste product illegally entered the Philippines to return back to the Canadian government, these garbage to be sent back home to where they originally came from.

The inter-agency committee composed of the Bureau of Customs (BOC), Department of Foreign Affairs, Department of Environment and Natural Resources and the Department of Justice, allegedly agreed to return the what so called "imported trash" back to Canada. The imported waste has been rotting in International Container Ports of Manila and Subic.

Such massive waste was imported by the Chronic Plastics Inc. back the year 2013. According to environmental groups, entering the waste is a violation of Republic Act 6969 or the "Toxic Substances and Hazardous and Nuclear Waste Control Act."

In a statement, the BoC reiterated storing these containers of garbage for quite some time is very dangerous to health, in addition it causes congestion to the port.

The Manila Regional Trial Court (RTC) was the first to issued an order of returning the trash to Canada and Chronic Plastics Inc. will take all the responsibility of its financial.

Thank you for reading Imported Canadian Trash Illegally Shipped in the Philippines will Return Back to Canada posted on the website Kwentology if you want to redistribute this article please include the link as the source. Have some kuwento to share? Contact us!