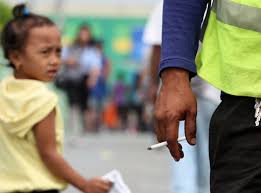 "What is being done in Davao is set to be done nationwide."

The statement was stressed by the Department of Health (DOH) secretary Pauline Jean Ubial as she discloses the details of executive order (EO) that prohibits smoking in the entire Philippines public places.

Under this ruling, all public places whether indoor or outdoor will be 100 percent smoke-free such as;It is also expected that the existing Tobacco Regulation Act of 2003 (Republic Act 9211) will have its amendment to eradicate argumentative contents regarding tobacco control policies.

A great news for everyone, specially there are countless of non-smokers that unfortunately being exposed and health is at risk due to inhalation of secondhand smoke.

Also, it is not the end for people who are with cigarette smoking, sure there will be smoking areas to be provided as required.

Thank you for reading 100% Smoking-Free Philippines Starting this October posted on the website Kwentology if you want to redistribute this article please include the link as the source. Have some kuwento to share? Contact us!