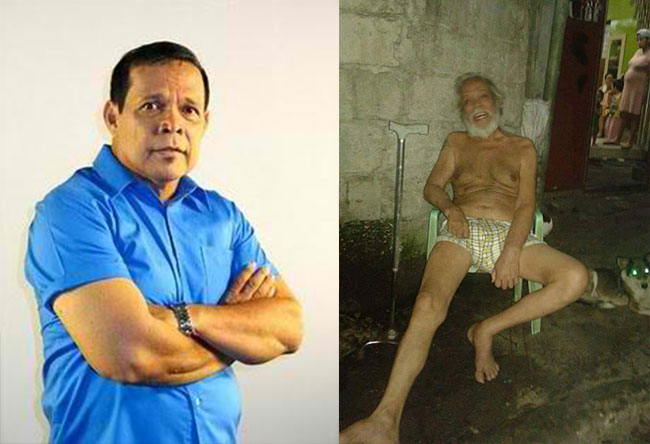 Veteran Actor Dick Israel Passes Away at the Age of 68

Last July, the tragic life situation of the veteran Filipino actor Dick Israel circulated over social media after his residence got burned in a fire incident.

The fire incident happened while he is recovering from stroke from year 2010 which before caused him to halt working from the showbiz.

The news immediately reached his colleagues in showbiz and made extent effort to support Dick Israel who is one of best villain in Philippine film industry.

The actor had a stroke the year 2010 in which half of his body was paralyzed.

Dick Israel made more than 200 films since he entered the industry in the 1970's. He also appeared in several television programs.

However last Tuesday, the veteran actor Dick Israel or Ricardo Viscara Michaca in real life passed away at the age of 68.

As per actress Vivian Velez, a member of the Damay Kamay Foundation. Dick Israel suffered blood vomiting, and later died in his home.

According to his son Essex, to almost 8 o'clock Tuesday night when Dick Israel passes away in their residence at No. 128 Apitong Street J.P. Rizal Extension, Comembo, Makati City.

His son, Essex, including Nadia Montenegro, Ynes Veneracion, and Jeffrey Santos headed to prepare the wake for the former actor supposedly by 1 o'clock of Wednesday morning.

Furthermore, the remains of actor is expected to be open for public viewing by nine o'clock tonight at Isaiah Chapel.

Thank you for reading Veteran Actor Dick Israel Passes Away at the Age of 68 posted on the website Kwentology if you want to redistribute this article please include the link as the source. Have some kuwento to share? Contact us!