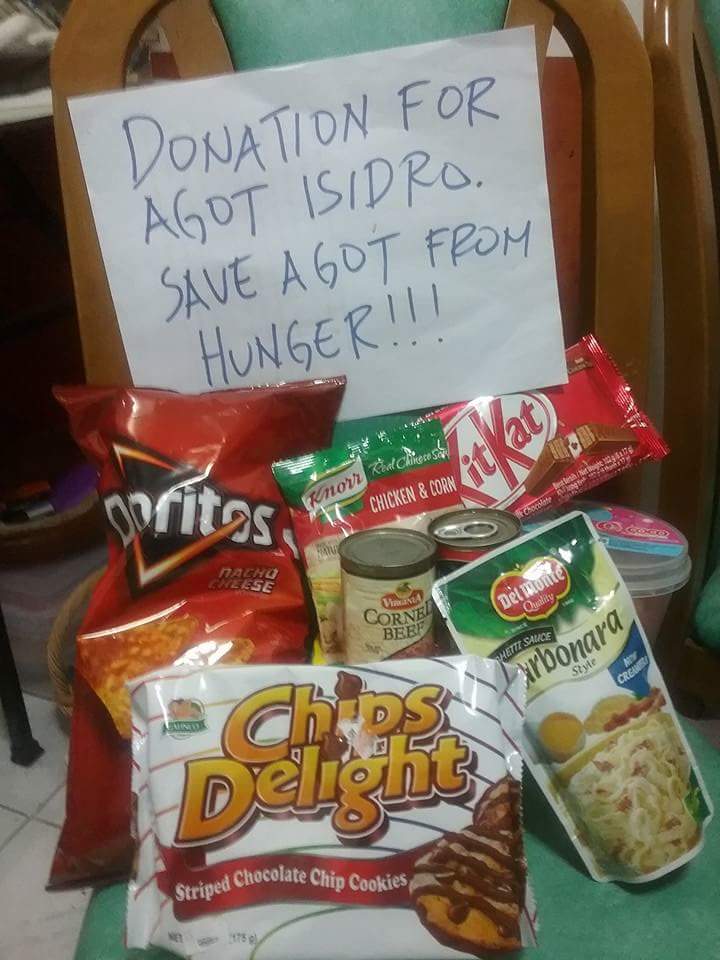 Agot Isidro made some rounds in social media due to her recent post calling the President Duterte a ‘psychopath.’

There are three things Agot Isidro stressed online, that once again crossing the paths for critics and supporters of the President Duterte.


Netizens On Saving Agot Isidro Away From Starvation

Netizens coming up an idea to oppose Agot Isidro's perspective, afraid that Philippines would lose foreign aid from the United States and other international groups.

Agot Isidro has a current telenovela role in ABS-CBN's Ang Probinsyano that disappoints netizen due to the fact that the actress TV character versus in the reality seems off track.

This photo was uploaded and continuously circulating online. A cause presented by the netizens helping Agot Isidro from hunger. A clever idea that even some commentators posted messages that Agot Isidro is welcome to visit Senator Bam Aquino and be the first on the line to be a part of "left over food program."

Thank you for reading Netizens Joint Effort: Donation for Agot Isidro. "Save Agot From Hunger." posted on the website Kwentology if you want to redistribute this article please include the link as the source. Have some kuwento to share? Contact us!