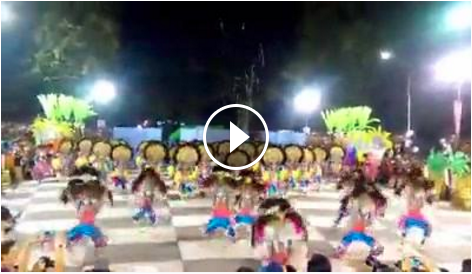 Netizens however observed some of the group members are not in sync, timing isn't perfect. Furthermore, music choice for the mass dance is lacking of indigenous ambiance.

Although such performance may have some flaws, there is no doubt that the yearly celebration of Ilonggos in Bacolod brings huge asset for Negros island tourism.

Congratulation, Bacolodnon for another year of harvesting celebration!

Thank you for reading Video | MassKara Festival 2016 Grand Champion Performance posted on the website Kwentology if you want to redistribute this article please include the link as the source. Have some kuwento to share? Contact us!