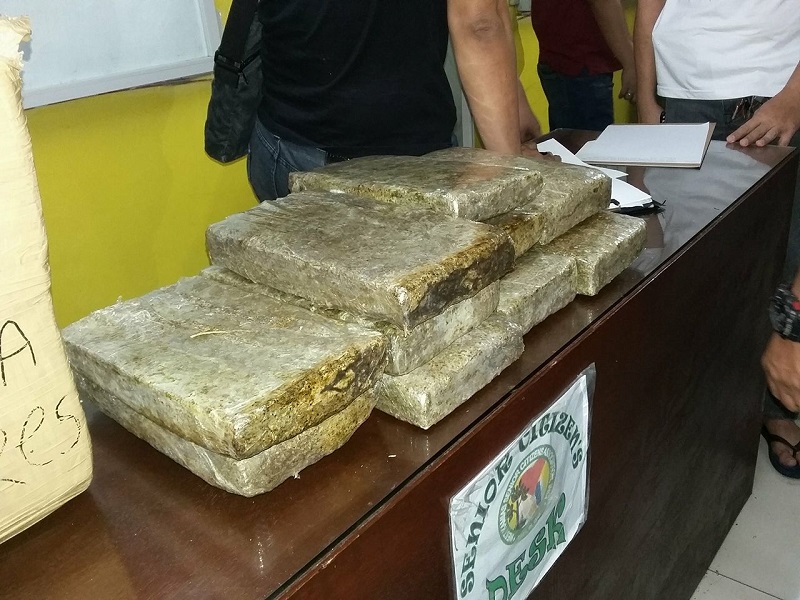 Up to ten blocks of dried marijuana were found in Florida Bus Terminal in Brgy. West Kamias, Quezon City.

According to the security officer-in-charge Julie Sabaldan of the Florida Bus Transport Inc., they were instructed by the bus terminal management to clean up the baggage area of ​​the terminal due to the piled junk and debris. Most of these are luggage that were not claimed by their respective owners, accumulated and congesting the bus station.

These luggage are soon to be dumped away when no one came to properly collect them given that the bus management provided a certain period of time. When the time is reached, the bus management has the rightful decision to inspect, get anything than seems useful, and dispose these lump of baggage that clogging the bus terminal.

A dispatcher named Christopher Rodriguez, unpacked a box wrapped with packaging tape only to find a massive chunks of dried marijuana. He alerted everyone after discovering the huge amount of forbidden goods.
According to the dispatcher, the package was shipped from unidentified province which is under the name of Ermillinda G. Torres. The box containing illegal dried marijuana was already been dormant for a year, and no one came to claim it.

Thank you for reading Ten Blocks of Dried Marijuana Found in Quezon City Bus Terminal posted on the website Kwentology if you want to redistribute this article please include the link as the source. Have some kuwento to share? Contact us!