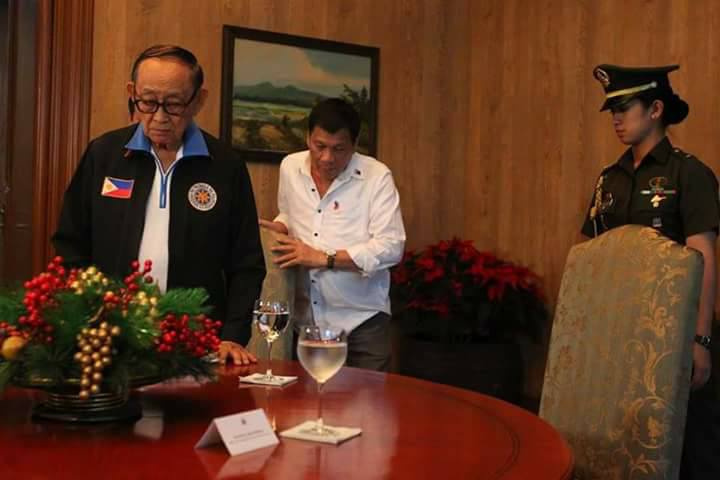 No other President has shown utmost humility, honor and respect to a former President despite the differences in their brand of leadership.
President Rodrigo Duterte again broke protocol when he offered a seat and pulled a chair himself for former President Fidel Ramos in a private meeting at the Orchid Room in Malacañang Palace yesterday, Monday, 14 November 2016.

Thank you for reading Heartwarming Photo of the Day that Will Restore Your Faith in the Philippine President Duterte posted on the website Kwentology if you want to redistribute this article please include the link as the source. Have some kuwento to share? Contact us!