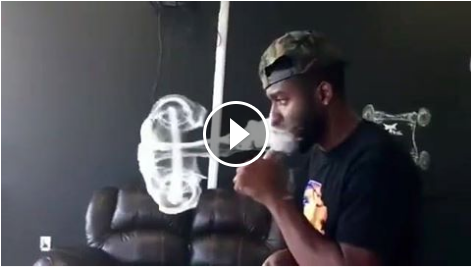 Countless of people are now patronizing electronic cigarettes assuming that it is much safer alternative to substitute the traditional tobacco cigarettes.

But when it comes to oral health, the findings in the new study reveals that vaping has much more devastating effect.

In the study published in the journal Oncotarget, researchers discovered that the chemical found in the electronic cigarette (e-cigarette) fumes is identical and just as dangerous - or probably more dangerous on its other cases - to human mouth cells. Consider smoking tobacco with a little known after-effect.


We showed that when the vapors from an e-cigarette are burned, it causes cells to release inflammatory proteins, which in turn aggravate stress within cells, resulting in damage that could lead to various oral diseases.

According to the Centers for Disease Control and Prevention (CDC), users of e-cigarettes increased in the recent years, particularly among young people. In 2015, 16 percent of high school students reportedly using this device, compared to 1.5% in 2011.
Most people consider e-cigarettes than conventional smoking, believing that vaping is free from any harmful side effects. Let's keep in mind that this device surfaces just recently. We have a very limited knowledge about the potential long-term effects of vaping to human health.
Damage to the defensive barrier in the mouth can increase the risk of infection, inflammation, and gum disease. Over the longer term, it may also increase the risk of cancer. This is what expert will be investigating in the future.

Thank you for reading It is NOT Safe Vaping E-cigarettes is Bad for Oral Health posted on the website Kwentology if you want to redistribute this article please include the link as the source. Have some kuwento to share? Contact us!