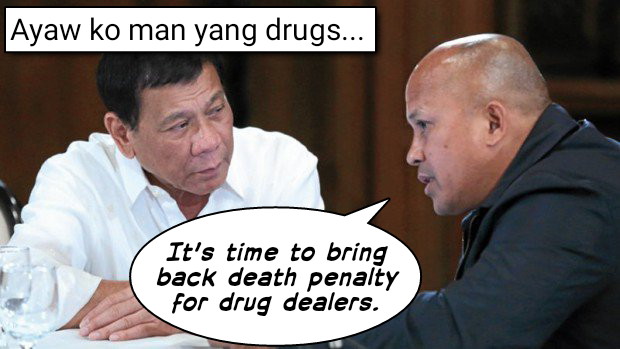 The other day, the Philippine National Police (PNP) Chief Director General Ronald Dela Rosa stated that it's time to bring back death penalty for those who are involved in illegal drugs.

Dela Rosa's statement follows after the arrest of four individuals on Tuesday afternoon where police confiscated a 45 kilos of shabu in a warehouse in Banaue St., Barangay Manresa, Quezon City.

According to the police chief, Barangay Manresa is headed by the Chairman Cierero Ada, who is also under the investigation lead by the Department of Interior and Local Government (DILG).

Based on the police chief, bringing back the death penalty is a rightful punishment for drug dealers.

Thank you for reading It's Time to Bring Back Death Penalty for Drug Dealers in the Philippines Says PNP General Dela Rosa posted on the website Kwentology if you want to redistribute this article please include the link as the source. Have some kuwento to share? Contact us!