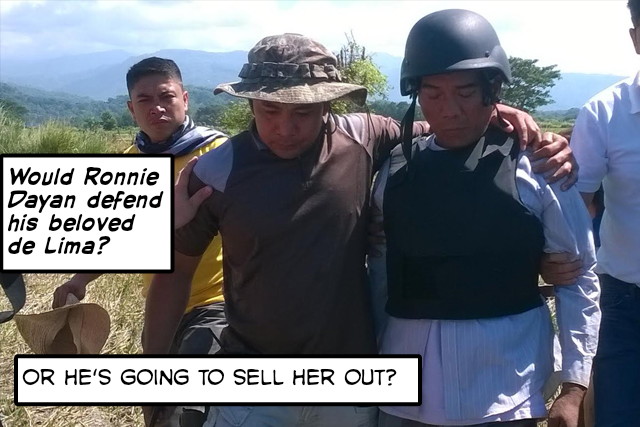 Ronnie Dayan is also an ex-boyfriend of former Justice Secretary and now Senator Leila de Lima said to be the missing link to all drug connections pointing to the lady senator.

According to the data, nabbing the fugitive driver occurred around 11:30 am Tuesday, November 22, 2016 at Sitio Turod, Barangay San Felipe. Dayan was arrested based on the arrest warrant issued by the Kamara due to his failure to report in the House Justice Committee hearing that tackles the issue of illegal drug operations.
At 4 pm this Tuesday, it is expected that the PNP will present the arrested former driver to the media, bodyguard and alleged boyfriend of de Lima, who is also initially linked to the illegal drugs trading.

Thank you for reading Fugitive Ronnie Dayan Arrested in La Union posted on the website Kwentology if you want to redistribute this article please include the link as the source. Have some kuwento to share? Contact us!