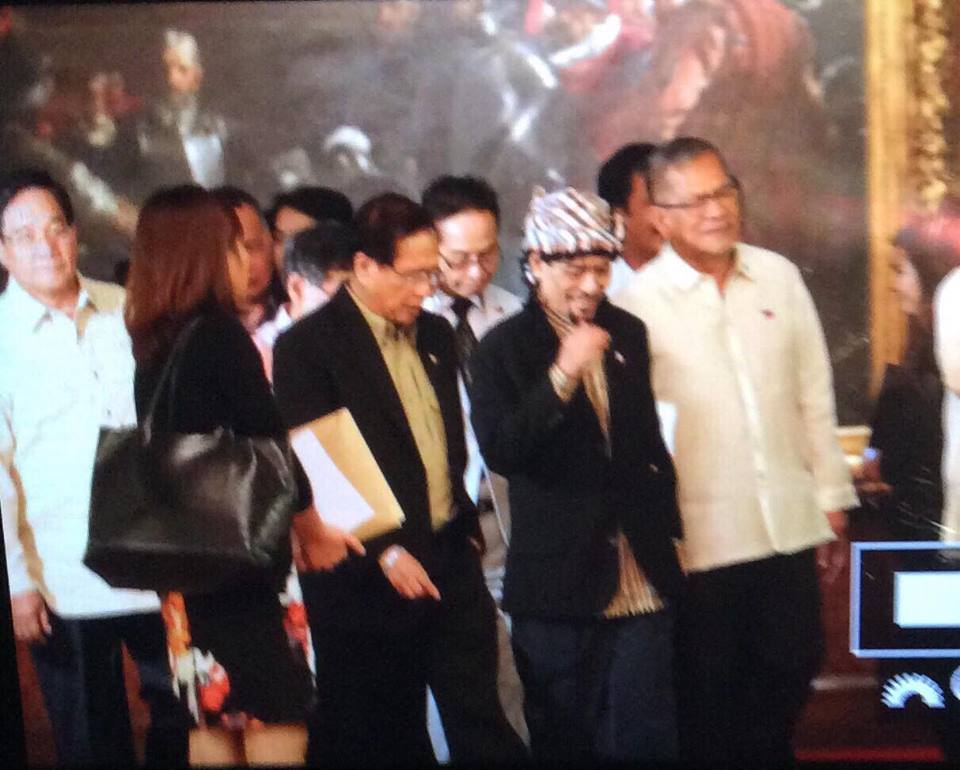 Also, President Duterte suspends warrant of arrest against Misuari for Zamboanga siege in 2013.

Misuari flew from Mindanao to Manila with Presidential Adviser Jesus Dureza after the order of the President Duterte to convey him to the Palace.


President Duterte even allowed Misuari to speak publicly in the Palace.

There were 400 people died in the siege of the MNLF in Zamboanga last September 2013, plus there were 100,000 people lost their homes.

Thank you for reading Nur Misuari Headed to Malacañang posted on the website Kwentology if you want to redistribute this article please include the link as the source. Have some kuwento to share? Contact us!