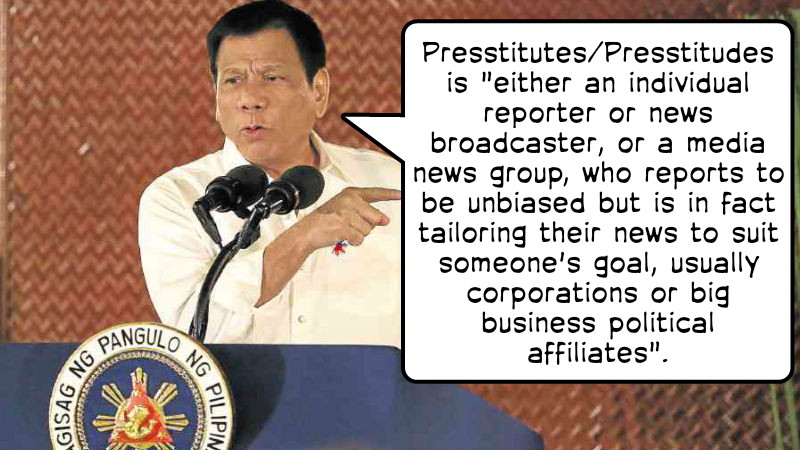 President Rodrigo Duterte stunned the media community once again, departed the stage with his last statement.


"Such a small-time reporter."

This is the problem with the mainstream media, just to get something to say, even the trivial things are being brought to news. President Duterte broke the heated environment by joking after his furious statement of disappointments.
The day before the President Duterte set to visit Malaysia. There are several important things he had discussed in his speech on the anniversary of Yolanda tragedy. All of these were seem to be ignored and media focused on the remarks about "smooth knees" of Vice-President Leni Robredo. The initial articles submitted by the mass media were written as "legs" instead of "knees" so the President Duterte repeatedly asked, "What's wrong with the knees?"

The president also uttered his dissatisfaction with the previous administration because of unfinished projects in Tacloban since the last three years. President Rodrigo Duterte also gave an ultimatum to the staffs of the government that Yolanda rehabilitation should be completed immediately.

Thank you for reading President Duterte Fires Back at Corrupted Journalism Leaving Daily Inquirer Reporter a Very Remarkable Moment of His Life posted on the website Kwentology if you want to redistribute this article please include the link as the source. Have some kuwento to share? Contact us!