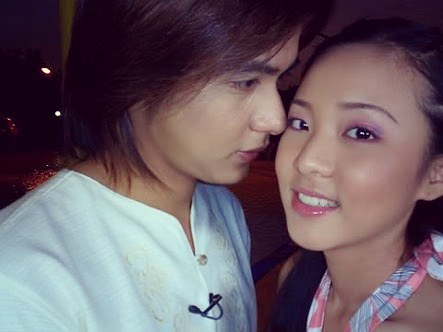 The 2NE1 Korean girlgroup that studded the songs "Fire" and "I do not care" got disbanded.

The Korean girl group 2NE1 (New Evolution of the 21st Century) which featured Sandara Park as one of its member.

Sandara Park was a former talent of ABS-CBN Corporation. Park started her showbiz career when she auditioned for Star Circle Quest, a reality-based talent search television program of the netwrok.

One of the notable person linked to Sandara's success was Hero Angeles. They both survived the elimination rounds and bested other contestants in the first season of ABS-CBN's popular reality star search, Star Circle Quest. Hero declared of withdrawing from show business only to appeared in some TV shows of the rival GMA Network, and independent films.

Sandara Park suffered stalls in her showbiz career. She permanently left the Philippine showbiz industry, returned to South Korea, and had signed a contract with YG Entertainment (August 2007).

In 2009, 2NE1 became one of the most successful girl-groups from South Korea. The group won various music awards and promotions. But in the last quarter of 2014 the girl group entered the state of hiatus.

On April 5, 2016, the youngest member of 2NE1 left the group followed by the 2NE1's contract expiration. Sandara signed a new solo contract leading the YG Entertainment to officially announced the disbandment of the group.

Korean Star Sandara Park sent message to her fans, apologized for the disbandment, and thankful for the 7 straight years of unceasing support.

Thank you for reading Sandara Park's 2ne1 Korean Girl Group Disbanded posted on the website Kwentology if you want to redistribute this article please include the link as the source. Have some kuwento to share? Contact us!