Sen. De Lima Perhaps Suffering from Self-Victimization Disorder So She is Craving to Get Media Attention ~ Kwentology 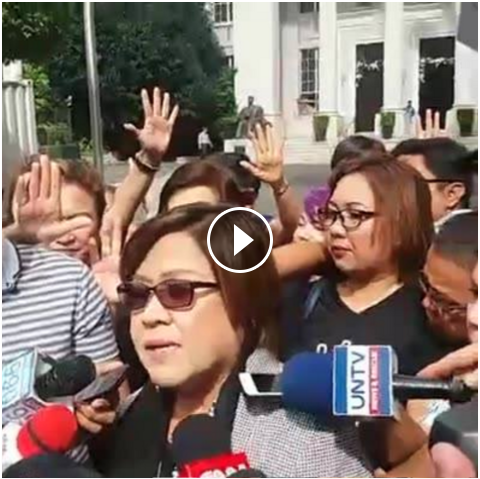 Sen. De Lima Perhaps Suffering from Self-Victimization Disorder So She is Craving to Get Media Attention

Throwing tantrums Senator Leila de Lima plays a victim here and then. She is extremely obvious trying to elicit sympathy from the others.

Are Filipinos aware of "proxy recruitment?" Why Senator De Lima is eager to get the media attention?

Because the senator wants their assistance in supporting, enabling or hiding her abusive behaviors.

It turned out that the Philippine President Duterte's current war on drugs affirmatively exposing Senator Leila De Lima's involvement in illegal drug operations not only inside the New Bilibid Prison but the entire country.

Statement from the Presidential Spokesman Ernesto Abella, De Lima is simply on a play safe exposition. The senator is displaying herself as a victim and not a person accountable for any criminal offenses she committed.

According to Abella, De Lima is making some noise because she wants to get media attention. Or rather, she needs it.

In her recent press conference, Senator De Lima accused the President Duterte as the ringleader of the alleged extrajudicial killings (EJK) in the country because of the intensified campaign against illegal drugs operations in the Philippines.

There are too many questions surfacing in the minds of Filipino people nowadays. Who benefited the killings of Mayor Rolando Espinosa and other high valued inmates?


Matobato accuses President Duterte, the heinous allegedly ex-member of DDS is alive and kicking. However, Jaybee Sebastian, Mayor Espinosa, and lots of suspected drug personalities killed or attempted to be assassinated right after they sued De Lima. I guess, it's not just De Lima but the entire drug syndicate involving higher ops.

Senator De Lima filed a Writ of Habeas Data to the Supreme Court to prevent Department of Justice from seeking documents and evidence that could strongly used legally against her on the issue of illegal drug operations in New Bilibid Prison.

Thank you for reading Sen. De Lima Perhaps Suffering from Self-Victimization Disorder So She is Craving to Get Media Attention posted on the website Kwentology if you want to redistribute this article please include the link as the source. Have some kuwento to share? Contact us!