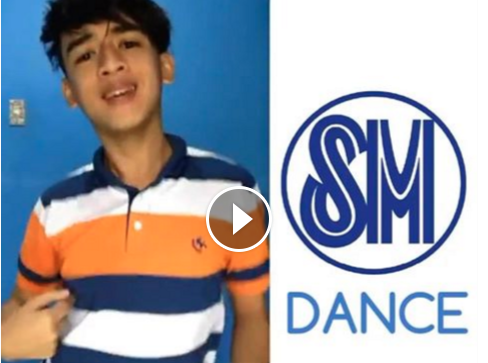 HO HO HO Merry Christmas! The atmosphere of Christmas is here, isn't it? I am sure you have a plan of buying stuffs for yourself, and gifts. Probably, SM (Shoemart) is one of your prospected commercial complex to visit with.

Have you ever heard the classic jingle of SM? Mall operators play that song occasionally, like when SM opens the door for the early morning shoppers, now and then, or during the events of large periodic sales. Anyway if yes, then maybe that classic beat may seem old enough to make you wiggle.

But not for Louis Pre Jr., the guy who brought SM famous punch line "We Got It All For You!" into a new level of enthusiasm.

"Happy to serve!" Dare yourself to dance the SM Mall Dance Version.

Then again, this issue has been on the run since the day SM took the top spot of commercial business. Many Filipino are wondering, "Why is there no Mercury Drug store in SM Malls?"

Some stories claimed that Henry Sy was a cobbler or shoe repairman back in his old days. He respectfully asked the owner of a drug store (might be the Mercury Drug) nearby to allow him rent a small space for his tiny shoe mart, even just a little portion of it. Henry Sy notices that the said drug store has a huge numbers of loyal customers. Since his shoe mart does not conflict the interest of the drug store. The old man is optimistic about the deal. However, it turned out that the drug store owner declined his offer.

With this rejection, Sy promised to himself that he will never let Mercury Drug step into his life when he gets rich.

Hardwork and unceasing determination brought wealth to Henry Sy. The first ever successful Shoemart was established in Quiapo, Manila around November 1972. The business bid various products and services which Shoemart was later on changed to SM.

I can't say if is this a mystery after all. There are many supporting events proved that indeed this fateful encounter between Henry Sy and Mercury Drug occurred.

Henry Sy even franchised Watson’s from Hong Kong to get rid of Mercury Drug.

Anyway, going back to the viral dance video. Netizen commended Louis Pre Jr. on his effort to bring happiness by performing a new craze of dance steps.

Thank you for reading Watch! SM Mall Dance Version posted on the website Kwentology if you want to redistribute this article please include the link as the source. Have some kuwento to share? Contact us!