How Serious is the Internet Speed Problem in the Philippines ~ Kwentology 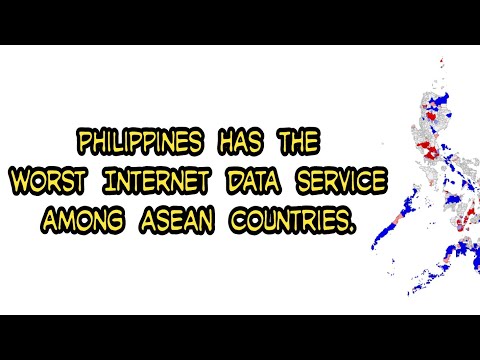 How Serious is the Internet Speed Problem in the Philippines

Did you miss me guys? OK fellow Kwentologist, I maybe out of blogging these last few months. But it's not the end for my personal long running blog.

I was just caught up by different mobile MOBA games. I even ended addicted to it causing my blogging habit to be out of commission.

The hiatus gave me enough time to think about what should I do now that everyone has access to the internet. Writing articles is very time consuming and most people are tired of reading them. Netizens refer watching videos on the social media maybe because reading a plain webpage is kind of boring.

I'm not taking about the Kwentology website design. I'm aiming for a new way to communicate with you guys.

I decided that instead of writing on a plain webpage, probably, it is much better to write my blog on a video presentation.

Today, I have my first entry, this is also one of my year ending blog posts.

The video focuses on how slow the internet speed you can get in the Philippines versus the other ASEAN countries.

The criticism of Filipino subscribers against the current network providers. Mobile networks such as Globe, Smart, and other carriers in the Philippines indeed have expensive data rate charges. Despite of these overpriced network data services people can't get the fastest internet as they should.
Watch the video above as it tells the current situation of the internet in the Philippines.

President Rodrigo Duterte is optimistic about having a third network to join the competition. Since there are currently two major network providers in the Philippines. It is a good choice to invite more providers to play on the market.

Akamai and OpenSignal suggested that Philippines has plenty of potential to fasten the current internet speed. Philippines handed over the responsibility of the next ASEAN summit to Singapore. Singapore which holds the fastest internet speed throughout the ASEAN region and top placer even worldwide.

Thank you for reading How Serious is the Internet Speed Problem in the Philippines posted on the website Kwentology if you want to redistribute this article please include the link as the source. Have some kuwento to share? Contact us!