Be Prepared — Stay Safe in a Storm ~ Kwentology

Be Prepared — Stay Safe in a Storm

I heard from the news about the destruction and calamities by storms. I know we can avoid it. I have something likely to suggest. But let's first check about this bad weather system. Typhoon and hurricanes are huge storms that can cause destruction to large areas. They can last more than a week, can have wind speeds of 160 miles per hour or more, and can be as wide as 500 miles. Storms only form over water. Because of that, provinces along the eastern part of the Philippines includes north of Batanes group of island during southwest monsoon (Habagat) also southern Mindanao when northeast monsoon (Amihan) strikes are often the hardest hit.

Storm winds can toss objects around, carries dismantled tin roof and shatter glass. But the most dangerous part of a typhoon is the storm surge. A storm's powerful winds push ocean water over the shore, causing floods. Storm surges account for most of typhoon's damage. But if your family is prepared for hurricane, you will be safe while you sit out the storm.

Tornadoes, earthquakes, and other natural disaster don't strike often. And you may never have to escape a fire. Still, it's always important to know what to do in case of an emergency.

Before a Storm Strikes 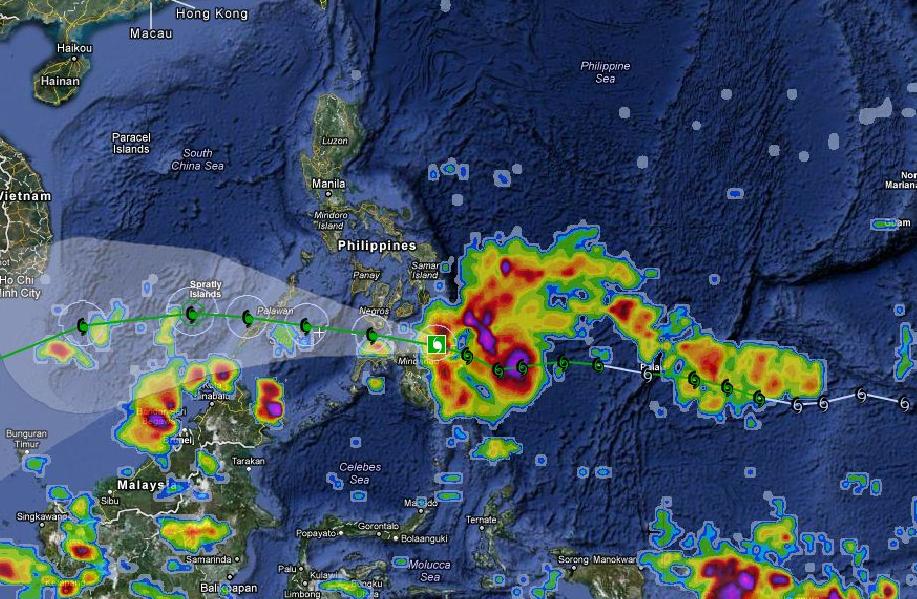 The Formation of Storm

By chance, from last week of May to August, storm churn over the Pacific Ocean. Sometimes they become typhoons hit the province of Samar—Leyte and the isle of Batanes. Take a look at how wet weather, wind, and warm ocean waters whip up these powerful storms.

When a hot, dry air from the Pacific Ocean meets cooler air from the nearest region, small storms form, we called it Low Pressure Area.

Some storms remain small. But a few gather warm ocean moisture, speeding up as they travel west. When bands of these thunderstorms form a swirling pattern, the new system is called Tropical Depression.

When spin around the "eye" at the storm's center. It is either a tropical storm or a hurricane, depending on the wind speed.

Typhoons weaken over land. Some storms never hit land. Instead, they turn northwest and die out over the Pacific Ocean.

Other winds affect the storm

Sometimes winds near a storm blow in the same direction. The can help storm gain strength. Winds blowing in different directions or at different speeds can tear the storm apart.

A Kwento of the Super Cyclone

Thank you for reading Be Prepared — Stay Safe in a Storm posted on the website Kwentology if you want to redistribute this article please include the link as the source. Have some kuwento to share? Contact us!

The first pic is not a storm. It's a lenticular cloud http://www.bing.com/images/search?q=lenticular+cloud&FORM=HDRSC2 :D

Yeah, thanks for your feedback. I replaced it now.