China Upset in US Warship Navigation in Spratlys ~ Kwentology 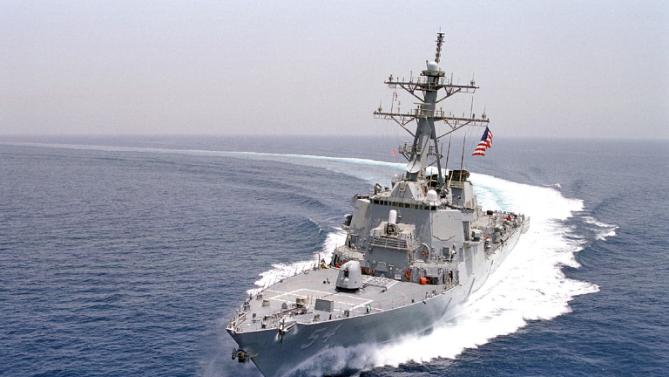 China Upset in US Warship Navigation in Spratlys

Unknown
International News , Nations , What's in the News
Monday, February 1, 2016
No comments yet

China strongly condemns navigation made by the U.S. warship near the Beijing-controlled islands in the disputed territories in the West Philippine Sea. U.S. however stated that it is to show freedom of navigation in that area.

The missile destroyer USS Curtis Wilbur sailed within 12 nautical miles (22 kilometers) of Triton Island. But as to express the navigation on that area is free for surrounding countries and U.S. maintaining its neutral position, the navigation was made without asking for any authorization from three claimants nations.

According to the U.S. Defense Department spokesman Mark Wright that China, Taiwan and Vietnam have overlapping claims in the Paracels island that requires prior notice.

The latest US operation focuses West Philippine Sea as China is increasingly aggressive leading to its massive construction of man-made islands and airstrips in the so-called disputed islands.

Statement released by Chinese Defense Ministry spokesman Yang Yujun said that the U.S. has made a clear violation of Chinese law and sabotage peace in the area.
Chinese Foreign Ministry spokesperson Hua Chunying also announced that China will keep conducting surveillance and "vocal warnings against the U.S. warships."

Thank you for reading China Upset in US Warship Navigation in Spratlys posted on the website Kwentology if you want to redistribute this article please include the link as the source. Have some kuwento to share? Contact us!