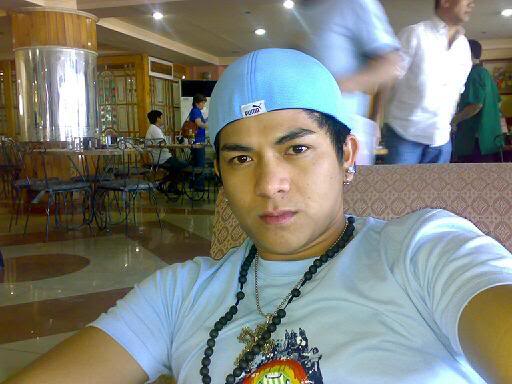 I'm sure you remember the TV-reality Pinoy Dream Academy, right? Well, right after years the show faded out in the Philippine television. Singers were dismissed and face the real-life battle, and one of them is the famous Jay-R Siaboc, who allegedly involved in illegal drugs activities.

Oplan Tokhang, a system that Duterte's administration is currently implementing to fight illegal drugs in the country. Strategically, police forces will go door-to-door to warn suspected drug users or pusher to stay out of illegal drugs. The warning must be taken seriously since the authorities are deliberate stopping illegal drugs in the Philippines. Ignoring or neglecting the heads up can severely lead to one's imprisonment, the worst case, you'll going to be a cold dead meat if you fight back when police bust you up for good.

Cebu initiated Oplan Tokhang, and in Toledo City the once famous TV actor and singer Jay-R Siaboc surrendered. Fear and pressure for his life and family convinced Siaboc to voluntarily surrender.

P/Supt. Samuel Mina of Toledo City stated that Jay-R Siaboc submitted himself to the authorities at his own free will. Based on the report, Jay-R Siaboc is concern about his life and family's safety and security.

During the tactical interrogation, the singer denied of being a drug pusher.

But the authorities are making more in-depth investigation since they received information that the singer-actor isn't just a drug user. They need to clarify whether or not Siaboc is involve in illegal drug trading.

Jay-R is a reality TV show participant and first runner-up in Pinoy Dream Academy (PDA) along with "grand star dreamer" Yeng Constantino. He is the fifth of the siblings, grew up in a poor family, and left his high school to join musical bands where he managed to hit the stardom by singing and acting in television.

Jay-R Siaboc is the singer behind the songs "Hiling" and "May tama rin ako."

Thank you for reading Singer Jay-R Siaboc is an Drug Addict? posted on the website Kwentology if you want to redistribute this article please include the link as the source. Have some kuwento to share? Contact us!