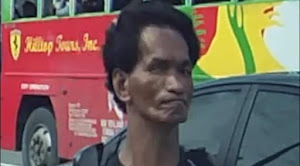 This typical kind of scamming is widely practiced in China, and the video uploader wants to warn you about this scam which is now attempted by someone in the bump to bump traffic in the Philippine busiest road of coastal Baclaran.

The video uploaded by certain Gibson Villanueva II shows an wasted guy pretending to be hit by a car. The man tried to play dead, pretends to be severely wounded, but someone video recorded the entire scene from the inside and he was then ignored.

Watch now and beware. This rarely happens in the Philippines but better backed up with some serious information.

Thank you for reading Scam Alert | Man Pretending To Be Hit By A Car in Baclaran posted on the website Kwentology if you want to redistribute this article please include the link as the source. Have some kuwento to share? Contact us!