When Someone is Into the Child Pornography ~ Kwentology 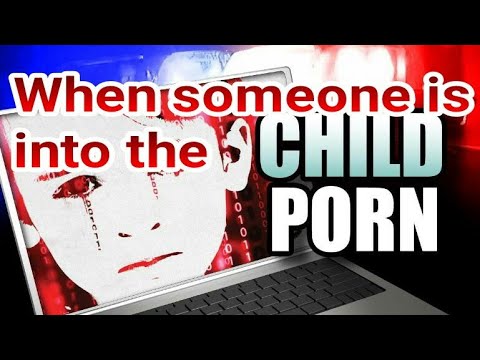 When Someone is Into the Child Pornography

Kwentology
People and History , Philippines , Security , Videos , What's in the News
Monday, January 8, 2018
No comments yet

While online some words can lead you to something disturbing. The internet may even suggest that you should access the deep web.

And that triggers your curiosity.


What really lies beyond these keywords?

These keywords were blocked by search engines such as Google. Since you're already watching this video and probably, out of inquisitive thinking you are bound to check these keywords on the Google.


What Does Google Say

Although these words were banned by most search engines that are accessible to the public. Google is not a selfish source of information. So, it will surely take you to the biography of the famous "hokage" Richard Steve Goldberg. He is the father of all pedophiles. Who is convicted guilty of his lewd crimes. He stored child pornography files in his computer and even engaged in sexual acts with the children.

Least to say, it's all about "Child Pornography."

It is fortunate to know that most of these child sex offenders are already behind the cold iron bars.


On Its Early Days in the Internet

Child pornography were once popular to those of torrents and deep web users. Limewire was infamous sharing p2p platform that seeded numbers of these forbidden files.

A person who is browsing the web for child pornography would gain nothing.


The Recent Cases of Pedophilia

The previous case of pedophilia in the Philippines involved a Belgian national named Prosper Slachmuylders who sexually molested at least 30 high school students aging 12 to 17 years old. You can check more info about this pedophile in the video description below.
And just recently, the former Glee star Mark Salling has pleaded guilty to possession of child pornography involving a minor.


The Punishment for Pedophiles

In few cases, pedophiles can bail out, and can enjoy their temporary freedom.

All registered sex offenders shall be retaliated accordingly;


In the Philippines sexual acts with children is a violation of Republic Act 7610 (anti-child abuse law). The law includes rape, Child Abuse, Child Trafficking and Illegal Possession of Pornographic Materials of Children.

It clearly suggest that the crime is punishable by life imprisonment or even death penalty.

Child predators are hard to identify, they are pretentious, they can blend socially gaining people's trust, and being vigilant is one way to fight pedophiles protecting our children from their delinquent actions. Also, have frequent good conversation with your children, if they need something or thoughts about life.

Thank you for reading When Someone is Into the Child Pornography posted on the website Kwentology if you want to redistribute this article please include the link as the source. Have some kuwento to share? Contact us!